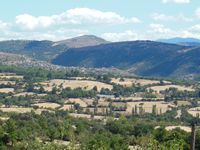 The first day the road meandered through high hills and valleys. It is Autumn and the land is dry, although some fields are still green with late crops. The road changes from a wide single lane posing as a double lane to a 4 lane highway. Most is under construction. I was told that Turkey has completed the payment of reparations from the 2 world wars and is now improving the infrastructure. The only downside is that there will no longer be tracks leading off the highway for wild camping. Travelers will have to go off on a road to a village and find a track there. There won’t be any narrow tree lined roads either. It is pleasant to drive through trees that have been made into an arch by high trucks.

Infrastructure includes modern shopping malls, tall apartment blocks and parks. There are many Turkish flags being flown, not just on government buildings but on many houses. Nationalism is definitely showing through. 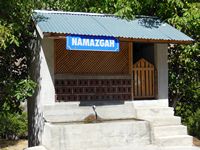 Tea is the drink of choice for the Turks. It is served with no added sugar. Naturally they add at least 2 lumps of sugar, but I don’t have to. Yeah!!!

The rubbish by the side of the road started from the border but only lasted a few kilometers until the first town. Here there was a crew of about 10 cleaning it up. They had only done a 200 m stretch on one side of the road and already had 6 or more full bags of rubbish! From then on there has been very little, about the same as Eastern European countries. OK, so not all Muslim countries are dirty.

The second day was mainly highway (under construction in some places) and we moved quickly. Water points are still provided along the roads and look like they will remain.

I have wanted to visit Chatelhoyuk after reading ‘The Goddess and the Bull’ by Michael Balter. The book covers the finding of the neolithic site on the Anatolian Plain and the first years of excavation. The site dates from around 7,400 BC to 6,000 BC. The houses are built right against each other with entrances from the roof. The entrance also served as the chimney. The sitting / sleeping platforms and surrounding walls were plastered in white. Some of these walls were painted. A few of the platforms had bulls horns incorporated in the decoration. People were buried under the platforms, presumably relatives. Houses appear to have been burnt out before a new house was built on top. The theory is that the house was cleansed and descendants of the previous occupiers built on top to remain close to their relatives buried underneath.

The amount of effort that goes into a detailed archeology dig is impressive. Experts from many different fields are involved- botany, zoology, anthropology, micro morphology, geophysics, lithics analysis and pottery experts amoung others, all with a bent towards archeology.

The one problem from a tourism perspective is that to see what is underneath the archeologist has to destroy what is on top. Most of the finds are in Ankara. For more information go to www.catalhoyuk.com 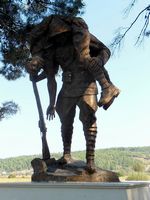 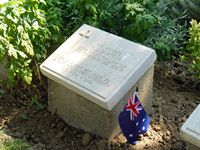 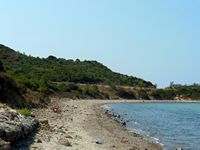 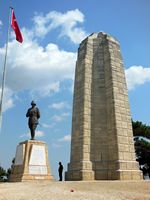 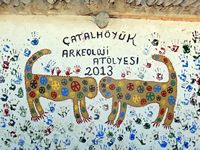 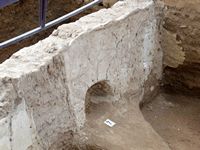 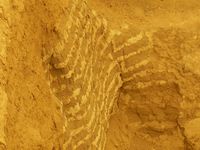 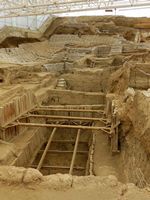 Konya is a c 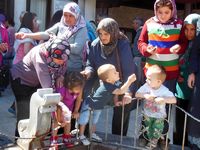 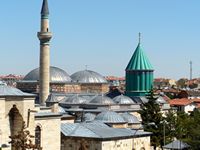 nter of the Dervishes. The most famous being Rumi aka Mevlana (1207-1273), a poet, jurist, theologian and sufi mystic. His poems have been translated into many languages and are enjoyed throughout the world. He was born in current day Tajikistan and moved to Konya after the Mongol invasion of Central Asia. He was buried in Konya and his shrine became a place of pilgrimage. His followers and his son founded the Mevlevi Order or Order of the Whirling Dervishes. His doctrine advocates unlimited tolerance, positive reasoning, goodness, charity and awareness through love. To him and to his disciples all religions are more or less truth. Looking with the same eye on Muslim, Jew and Christian alike, his peaceful and tolerant teaching has appealed to people of all sects and creeds

We enjoyed wandering around Mevlana Museum and the market place. The museum was crowded with visitors, many who were on a pilgrimage to Rumi’s Mausoleum. The crowds made it very difficult to read all the information about the Sufi Sect.

The market place is a conglomeration of small shops, a fairly typical bazaar. We always like walking through such places and seeing what is for sale. My sandals are virtually through the soles and the quest for a new pair is on. Unfortunately we only found a pair for Pieter and he still has a few months wear! 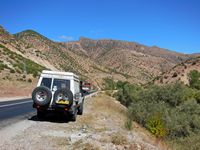 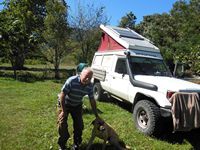 Once again we drove through lovely scenery taking a break near Macka to relax and do the usual chores. The campground was a trout farm with basic camping facilities which included a hot shower. There was also a cabin where 2 couples stayed. I am always interested in what people eat. The first morning they had a fry up of mild peppers, tomatoes and garlic with bread. They gave me some to taste. It was delicious. Lunch included a form of halva. It was a bit like couscous with a halva flavour. We were also given some fried trout by the camp ground owner and could pick figs and grapes from the trees. A delicious stay. People are so friendly and generous I always feel sad that I have nothing to give in return - except my profuse thanks and evident pleasure.

Stupid of me but I spilt tea on my computer. Losing the laptop is one of the worst things that can happen. OK, I have backups but I still need a machine. We have purchased computers in non English speaking countries before and there is always a residue of the local language. I had enough frustration when I had Durch on my computer, which I can more or less understand, but Turkish? I was very grateful when after a few days of drying out the laptop started up normally. The screen has been damaged a bit but it is useable.

We passed through Trabzon which with 225,000 people is a large town. We needed a large supermarket and followed the instructions from the GPS to Carrefour. Unfortunately the data is way out of date for Turkey as well. At least we saw a big shopping mall on the way out of town. There I finally found some sandals. The old ones were thrown out immediately. We only have space for 1 pair of shoes on and one pair off.

The Black Sea coast here is a tea growing area. No doubt profitable as the Turks drink so much tea. The mountains come right down to the sea and the tea bushes are like pin cushions growing up the mountain side. Pretty.

A slow journey across Turkey. We love the ambience in Turkey and had no intention of rushing it.

Erzerum was cold. The mountains were white and the snow fell gently. Once below 1,800 meters the snow stopped and as we journeyed west it disappeared altogether.

Ankara is a mixture of new and old. We stayed in the old section in Hotel Sahinbey. Well run, friendly and, for us, luxurious. I went through the process of obtaining new glasses. First you go to an eye doctor to have your eyes tested. Then you go to an Optik who sells the frames, orders the lenses and fits them. Much cheaper than South Africa and the frames will probably last as long. The last frame lasted 4 years before one of the arms broke. Glue only worked for a while before they started slipping off. Now they stay in place. Lovely.

The Museum of Anatolian Culture was under renovation, so I missed out on seeing the artefacts from Catelhuyuk. The castle is nearby but there is very little left. Basically it is a small old town on top of a hill that is being renovated.

The one thing Ankara does have is a large modern shopping mall, Ankamall. A taste of Western life.

Istanbul is frenetic and expensive. I really wanted to see Topkapi but once again it was closed. This time due to Bayram, the end of the Haj season and the festival of Abraham being willing to sacrifice his son. It was interesting just to walk around people watching.

Gallipoli was an emotional experience for me. These were my countrymen who died here trying to achieve the impossible. There is one monument quoting Attaturk saying in 1934 that they are buried in a friendly country and were now considered sons of Turkey. Anzac Beach is so small and the hills start straight away, it is amazing the fighting lasted for 8 months. The Turks had much more to lose and a great commander in Attaturk. They captured the highest ground, Chunuk Bair, because they were there to die not just to fight. No-one can withstand such determination. Once they captured that hill from the New Zealand Forces (who only managed to defended it for 2 days) and kept it, victory at Gallipoli was theirs.

ANZAC Day is always remembered in Australia with dawn services. The ceremony at Gallipoli includes representatives from all the nations who participated, showing friendship and solidarity. Just a pity it doesn’t stop wars all together. 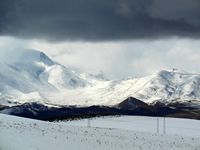 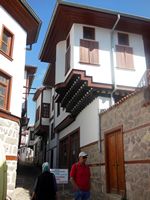 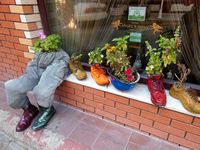 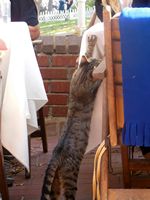 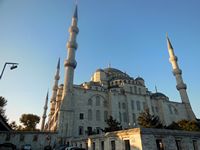 Next to Greece to Holland